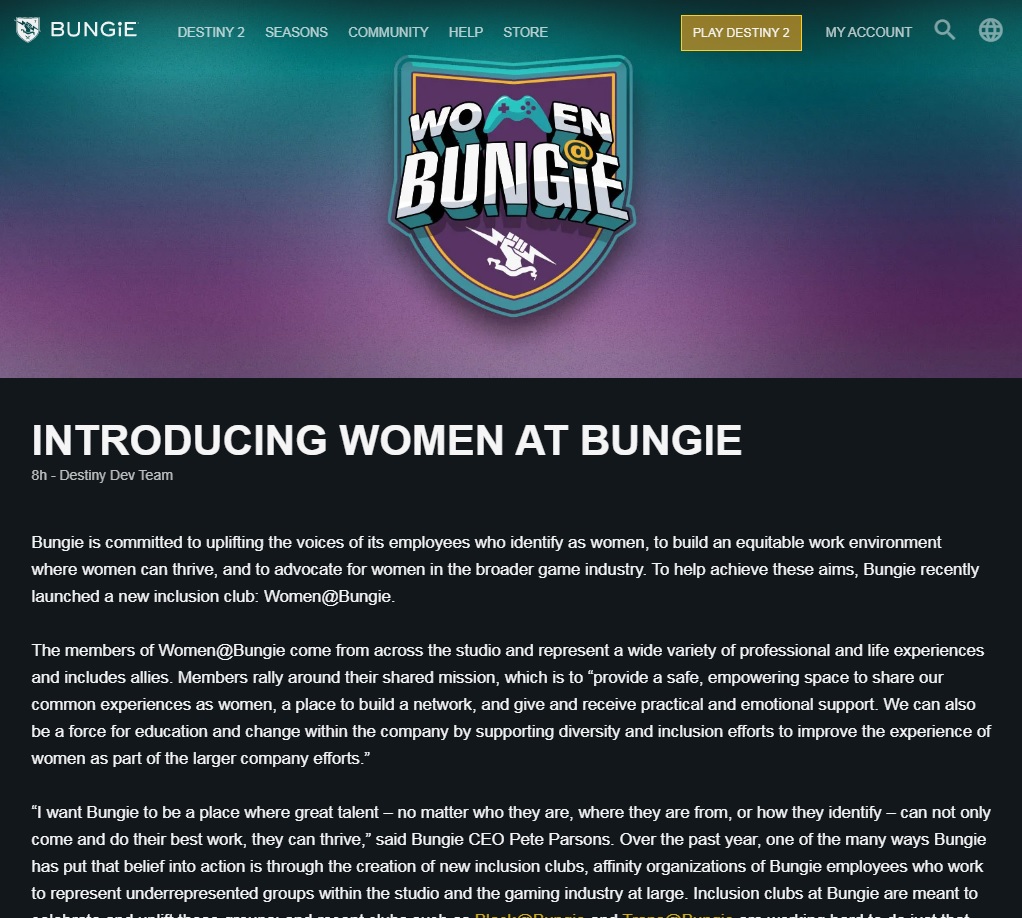 Back in November, former Halo developer and maker of Borderlands clone Destiny, Bungie introduced us to "Black at Bungie". In their newspost, they proudly proclaimed their intent to funnel money into expositions and charities favorable to the Black narrative.

Since then, they've added more inclusions clubs such as "Trans at Bungie" and "Women at Bungie". Each one promising more perversions in the game and money laundering outside of it so they can "uplift" people.

"In addition to the donation to AnitaB.org, Alexander said the [email protected] inclusion club has numerous projects and priorities for 2021 and beyond, including holding an annual women’s career panel, welcoming new hires through “virtual tea,” building an internal mentoring program, and most recently creating topical presentations such as the recent “Designing for Inclusion,” which was presented to Bungie’s game designers."

Like a virus, they cheerfully go about making sure the company is as infected as possible. Once you get women into HR, your company will slowly become more and more female until they make up the entirety of middle management.

The "Trans at Bungie" article isn't much better. Each article talks in cut/paste lingo about feelings and challenges that don't seem all that big of a deal unless you're a hyper-sensitive faggot (which they are).

We now have three factions within the company all attention whoring for everything they're worth. Once they run out of whitey to sharpen their fangs on, it's only a matter of time before they turn on each other.